Divine Intervention From the Dead?

On Linkedin we recently posted Screwpile Australia having completed another construction stage of the Karrakatta Cemetery, locally referred to as “The Dead Centre of Perth”, expansion where old grave sites make way for new & ever expanding crematorium facilities. The original post provided this “WAKING THE DEAD” YouTube video below which shows Screwpile's original installation, (love the music of CCR’s Bad Moon Rising), but that had little to do with the strange times that followed: (please excuse the grainy viewing as its old VHF converted stuff):

As with every project we tender our Group strives to provide BPO’s (Best Practise Outcomes) for its clients, this includes structurally engineered & certified rapid optimised results. But its not always easy to effectively relay that message to builders who are fighting tooth & nail to win work in WA’s current construction environment. Well, here is a classic example of how important it is to tick all the boxes & not just focus on price.

Because Screwpile Australia piled previous Karrakatta crematorium facilities they knew everything there was to know about this next stage. Their engineered design was spot-on, as was the installation methodology, testing regime & construction time efficiencies. But even though they believed it would be a given that they would be awarded this new stage of works, they weren’t.

As Group’s Managing Director I wasn’t prepared to let it go. Like a dog with a bone that nobody was going to take away from me I kept on the phone even though the tender had already been awarded. Deep down inside I knew it was ultimately pointless, but I was desperate to understand why Screwpile Australia had missed the work... Then something very strange happened as if there was “Divine Intervention”, or “The Spirits Themselves” underground weren’t happy with what was going on. 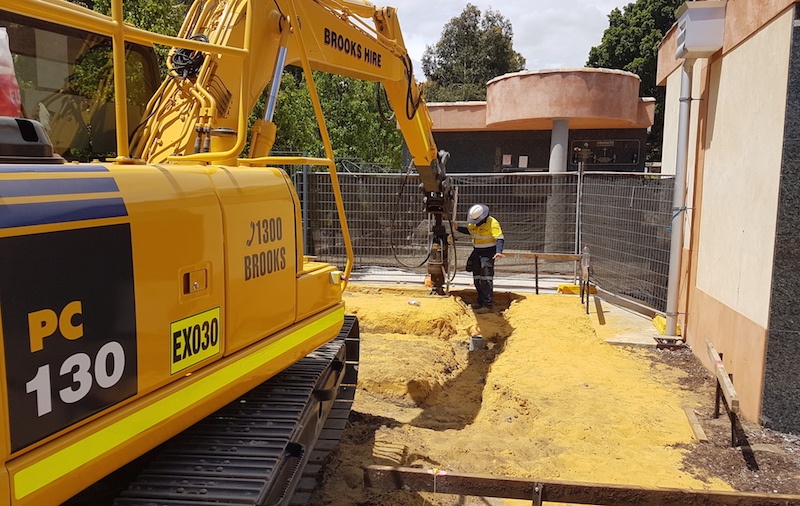 A call came through saying "the original screw piling contractor had been removed from site as they were unable to demonstrate satisfactory engineering capability/knowledge/accountability for the design & the intended outcomes. And the contractors financial capacity to fund the project also came into question”. So the question was asked could Screwpile Australia possibly help them (the builder) out & take over the screw piling contract? Naturally I was delighted & instantly felt vindicated as to the assumed pointless efforts. Everybody bound in to action immediately, Christmas was coming but they could do it. And they did. 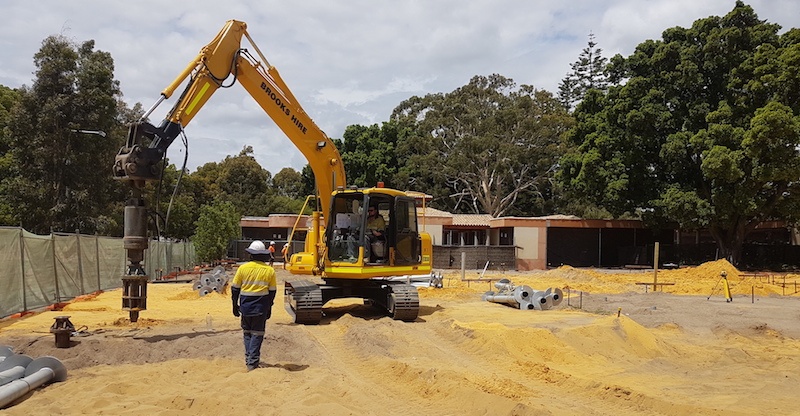 Some 300 galvanised screwpiles were installed in line with the builders requirement. Static load testing confirmed pile capacities via the supervision & certification by our structural consulting engineers Foundation Engineering Pty Ltd. By the time Screwpile finished it was the Christmas break & everybody needs a rest. Well done all the team, you shone again! 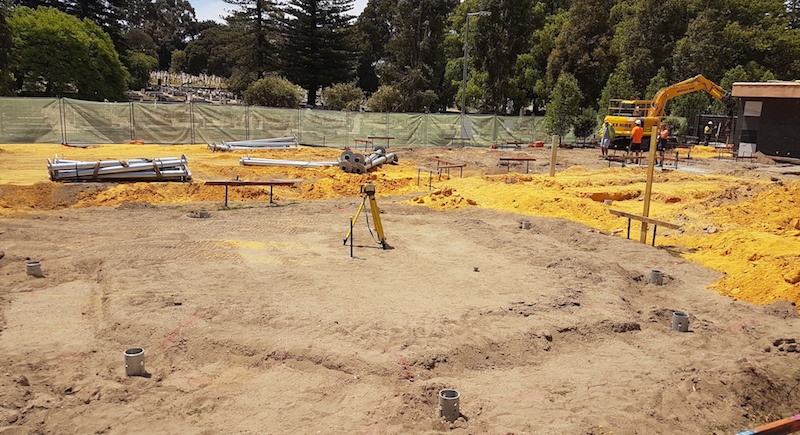 Moral of the story? You don’t want to upset the Spirits. So don’t compromise on quality, professionalism or reputation in Australian Standards of construction. Particularly when it comes to underground works at a cemetery as you may get a visit!

There are currently no comments